In September 2019 we completed the twin airplane hangar – a prefabricated steel structure insulated with sandwich panels at the Vienna airport.

We have acquired the order from the largest Austrian airport through an internal tender which was open to bidders from all over Europe. Schwarzmann won the bid because of our flexibility and short delivery time, as well as a wide range of industry references, as we have in recent years erected large-scale hangars at Graz, Ljubljana and Zagreb airports.

A team of engineers, in cooperation with an in-house structural engineer, designed the mirror steel structure of the hangars, joined by a fire-proof concrete wall.

Wind load of 150 km/h at the building site did not present a particular challenge as Schwarzmann have a lot of experience with strict requirements due to extreme weather conditions. For instance, in 2015, we delivered a transitional warehouse for logistics designed for gusts up to 284 km/h in Australia, and in 2018 we delivered a reinforced warehouse with a snow load of 345 kg/m2 to Knauf Austria.

The Vienna airport project had the prescribed measurements: 58 m wide, 72 m long and 10 m side height without intermediate columns. Due to the specifics of the industry, many other hangar adjustment requirements have also emerged, such as the need for automatic sliding doors that allow the entire end wall to be opened and enable easy access for the aircraft.

Our bid contained complete project management service: from coordination with the contractor of construction and preparatory works, design and production to the final installation of the facility with electrical and mechanical installations and insulating sandwich panels cover.

The installation of twin aircraft hangar has been carried out in roughly 18 weeks since the completion of the preparatory construction works, which was a great advantage for the investor compared to typical delivery schedules in traditional buildings. The construction was carried out by several groups of installation technicians under the supervision of the project manager, who was in charge of communication with the client as well as technical and other coordination with subcontractors for additional equipment (Butzbach doors, Atmos light domes…).

Despite the complexity of the project and large dimensions of the structural components, the Schwarzmann team completed the work 1 month ahead of schedule with the astute organization of lifting equipment and machinery.

Business jets in the first of the two hangars were able to be garaged after nine weeks from the start of installation. In a very short time, both hangars combined allowed the client to increase their garaging capacity by 100% to a total of 16,000 m2. This places the investor Vienna Aircraft Handling GmbH, a subsidiary of Vienna, among the ten largest business aviation service providers in Europe.

The satisfied client along with a positive testimonial opens our company to opportunities in the aviation sector globally. 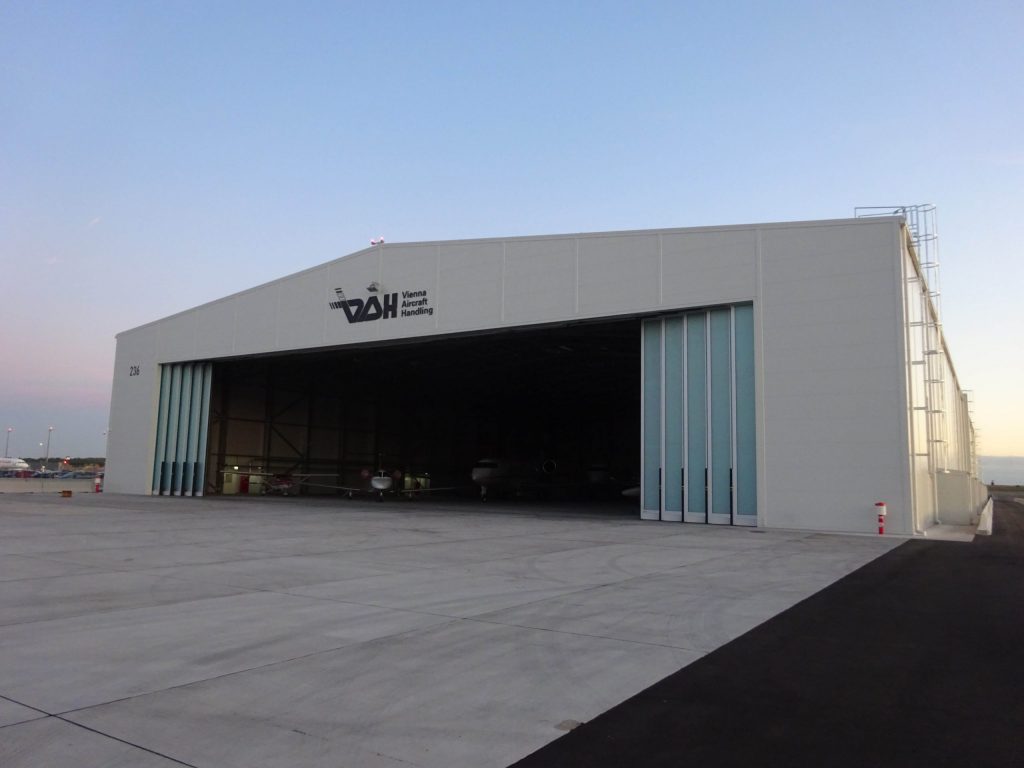 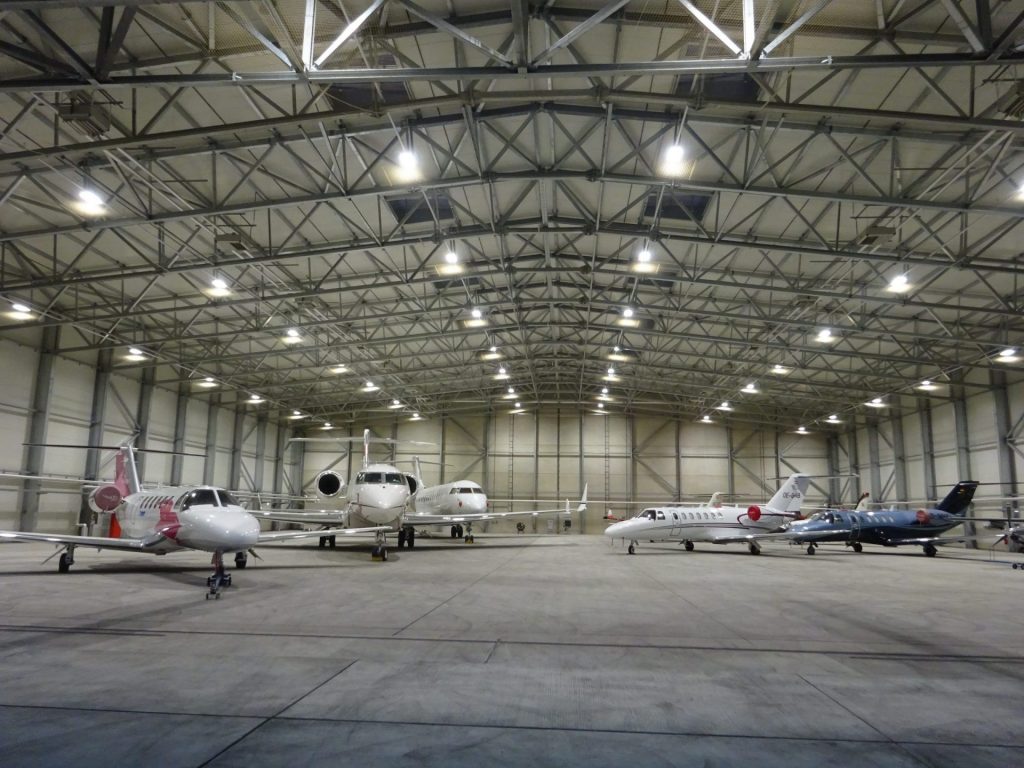 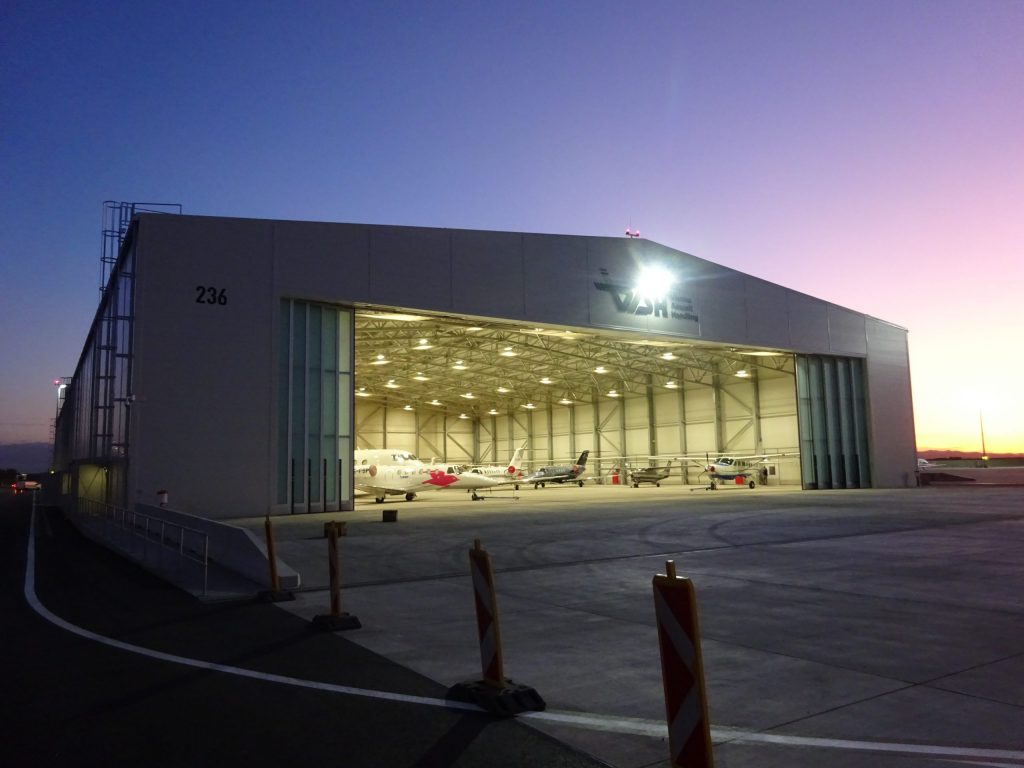 Is your company considering investing in a new facility?

Contact us, and together we will find the best solution for your company’s needs!

This site is using cookies. Essential cookies enable basic website functions. Nonessential statistic cookies are used to anonymously gather data. This information helps us understand how visitors use our website and how we can optimize it further. Marketing cookies are used by third parties or publishers in order to display personalized advertising. We ask you to accept this cookies.
Necessary Always Enabled

Nonessential statistic cookies are used to anonymously gather data. This information helps us understand how visitors use our website and how we can optimize it further. Marketing cookies are used by third parties or publishers in order to display personalized advertising.